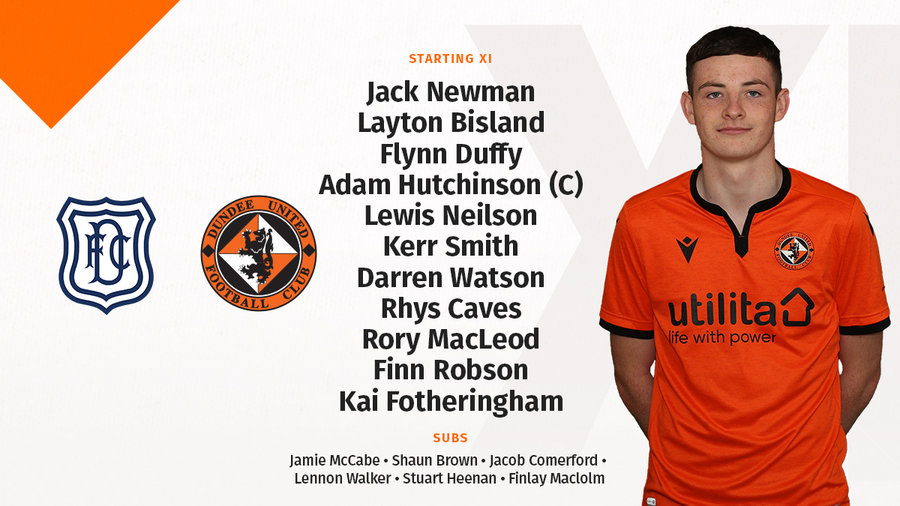 The Under-18s made it three wins in a row with another dominant derby display that ended only 2-0 but could have been so much more.

Darren Watson ensured the Young Terrors went in at halftime in front despite striking the woodwork three times in the opening 45 minutes, but Kerr Smith added a second from the penalty spot early in the second half to prevent any hope of a Dundee resurgence.

United were on the front foot right from the off with some lovely free-flowing football that setup early chances for Kai Fotheringham, Rory MacLeod and Watson.

Layton Bisland's speculative cross looked to have gotten the better of the Dundee keeper on its way towards goal but came crashing off the far post. Despite looking like the ball had crossed the line, Dundee managed to clear the ball off the line for a corner.

Fotheringham threatened again shortly after as he cut in from the left and curled an exciting shot towards goal, forcing an excellent save from the keeper. The woodwork was struck for the second time when Finn Robson's deflected shot came back off the upright.

But Robson would have an impact on the opening goal, with his inch-perfect pass to Watson splitting open the Dundee defence and the young striker made no mistake with his first-time finish on the outside of his foot.

The Young Terrors maintained their control of the match after the interval and were gifted a second goal in the 55th minute. Fotheringham raced in behind to connect with a ball over the top of Dundee's defence and managed to tap the ball past the keeper before being wiped out for a penalty.

Kerr Smith stepped up and smashed his spot-kick high into the right-hand corner, leaving the keeper no chance of stopping it.

The Young Terrors looked to make use of their strength on the bench and it almost paid dividends when Watson burst down the flank before finding Lennon Walker with a curling delivery. The young midfielder's header had the better of the keeper, but the defender managed to track back and clear off the line.

Next up for the 18s, it's Hearts at home next Friday.