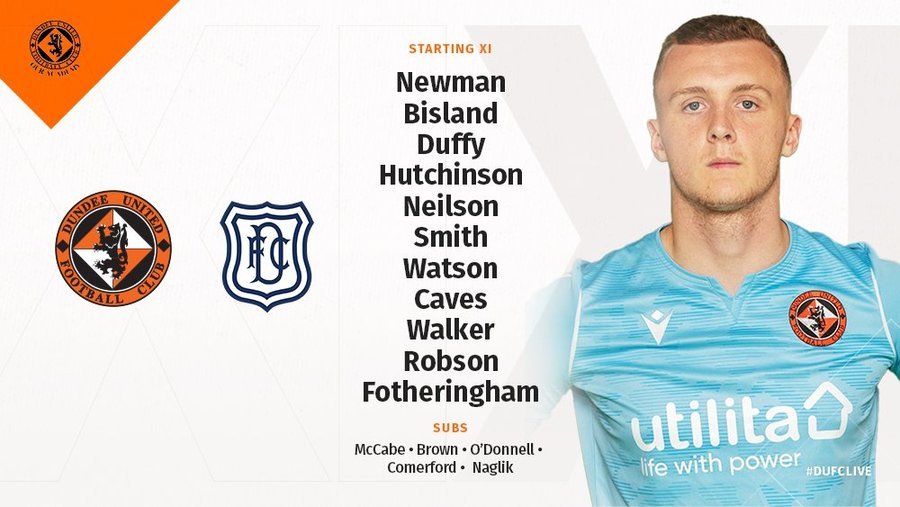 The Under 18’s went into the Wee Derby against Dundee looking to continue recent good results in the fixture and throughout the 90 minutes, the result rarely looked in doubt.

The deserved winning goal finally came in the 82 minute through Kai Fotheringham and it was a goal of high quality as high pressing from Bisland and Robson saw United regain possession just outside the Dundee box before Fotheringham took a touch and  burst into the box. He then unleashed a powerful drive low into the Goalkeeper’s bottom left hand corner.

United started the game well and looked continually threatening throughout the first half with some quick combinations between Walker, Watson and Fotheringham particularly noticeable.

It was during the second half that the quality and fitness of the Young Terrors really began to show and continual quality crosses from Bisland and Duffy were threatening the Dundee rearguard time and again.

As United searched for the opener, both Bisland and Robson went close with headed efforts. Then it was the turn of Duffy, Fotheringham and Hutchinson who all threatened with long-range efforts.

Lennon Walker was unlucky not to open the scoring when played in by Watson; The striker strongly held off the defender before beating the goalkeeper with his effort but was denied a goal by the upright.

There was also a strong shout for a penalty from United as Walker raced through onto a measured through ball and rounded the goalkeeper before going to ground. The referee decided the Dundee goalkeeper had got a touch on the ball and no penalty was forthcoming.

Just when it seemed Dundee might hold out for a point, the winner from Fotheringham came.

It may have taken 82 minutes for the winning goal to come but this was an excellent performance by the Young Terrors who showed some steely determination alongside the skill and fitness against a Dundee side who defended well from the front in order to prevent a goals avalanche.