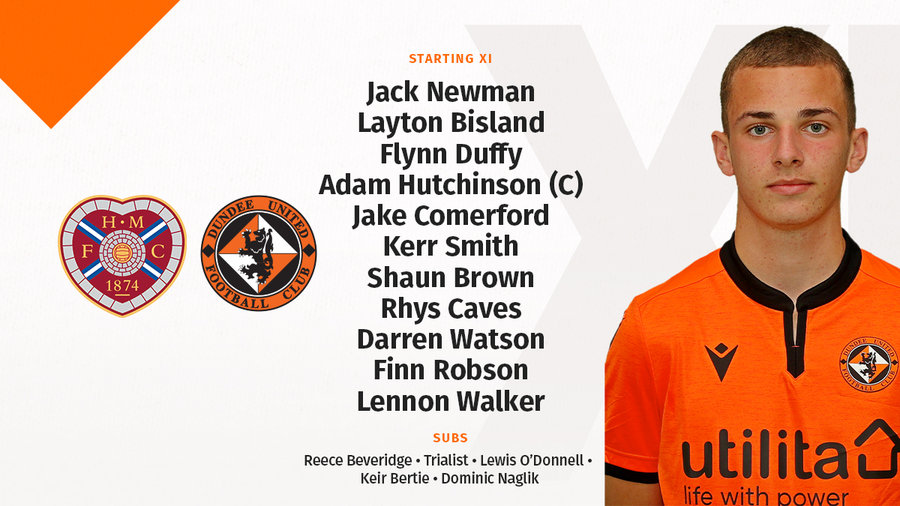 It wasn't the winning return to competitive action the Under-18s were looking for as they fell to a 1-0 defeat away to Hearts at the Oriam courtesy of a Leo Watson goal.

Fresh off the back of last week's final preseason win over Rangers, the Young Terrors looked lively and energetic in a game they dominated but, ultimately, were forced into limited chances as Hearts sat in deep and looked to frustrate our talented young attackers.

Set plays looked to be United's best route to goal in the first half and they nearly came to fruition as Layton Bisland put a header narrowly wide of the post.

But disaster struck in the 41st minute when Hearts were gifted one of their few chances and they pounced. A free-kick 35 yards from goal was played into the six-yard box, and some miscommunication in the United goalmouth allowed Watson to simply nod the ball into an empty net.

The Young Terrors switched things up at half time in an effort to break down Hearts' rugged defence and went a 3-5-2 formation for the second half. The introduction of 15-year-old Lewis O'Donnell into the midfield helped create more chances as United pushed the hosts deeper into their own half.

Set plays again looked to be the best chance for an equaliser and they thought it came when 16-year-old Jacob Comerford struck an overhead kick towards goal, but it just fell to the wrong side of the post.

Despite the Young Terrors' constant pressure, Hearts were able to withstand them and see out the game.

Next up for United is a Dundee derby next Friday afternoon.