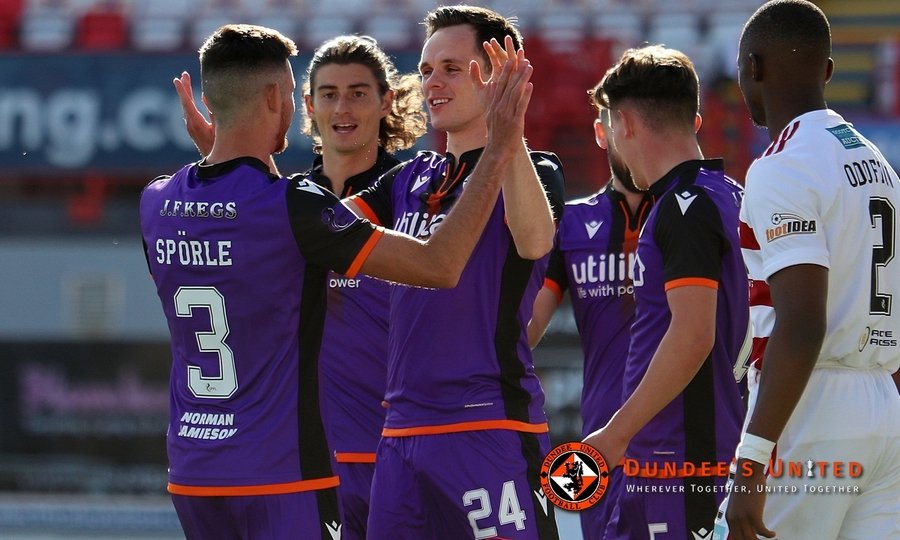 United secured a point in a hard-fought away match at the Fountain of Youth stadium against Hamilton Academical.

An early Shankland goal and an exciting performance out wide from Our Academy Graduate Logan Chalmers provided the highlights in what proved to be a frustrating afternoon, with Hamilton striking late on to level the scores.

United retained the starting line-up that proved so effective against St Mirren in last Saturday’s 2-1 victory at Tannadice.

United won the toss and captain Reynolds chose to turn the teams, leaving Accies blinking into the sharp September sun in South Lanarkshire in the first half.

It was a dazzling start that saw United taking advantage of a narrow Hamilton, finding plenty of room on the wings. OUr Academy Graduate Chalmers was to the fore in the opening minute, sprinting down the right flank with the ball at his feet as United broke, playing in Spörle for an attempt on goal.

The early stages saw heavy United pressure produce a corner and several throw-ins in advanced positions. This pressure soon paid dividends. Another Chalmers break down the wing, clipping the ball past his opposing number before burning him for pace, saw the ball played in to Spörle once again in the Hamilton penalty area. The Argentine found the feet of Shankland, who passed the ball into the net from six yards.

Hamilton carried an occasional threat as the half wore on, their best chance falling to Owolabi who headed well wide from 8 yards out. United’s defence looked more than equal to the challenge, however Edwards in particular won several aerial duals, and was a conservative, composed presence in the centre of defence. 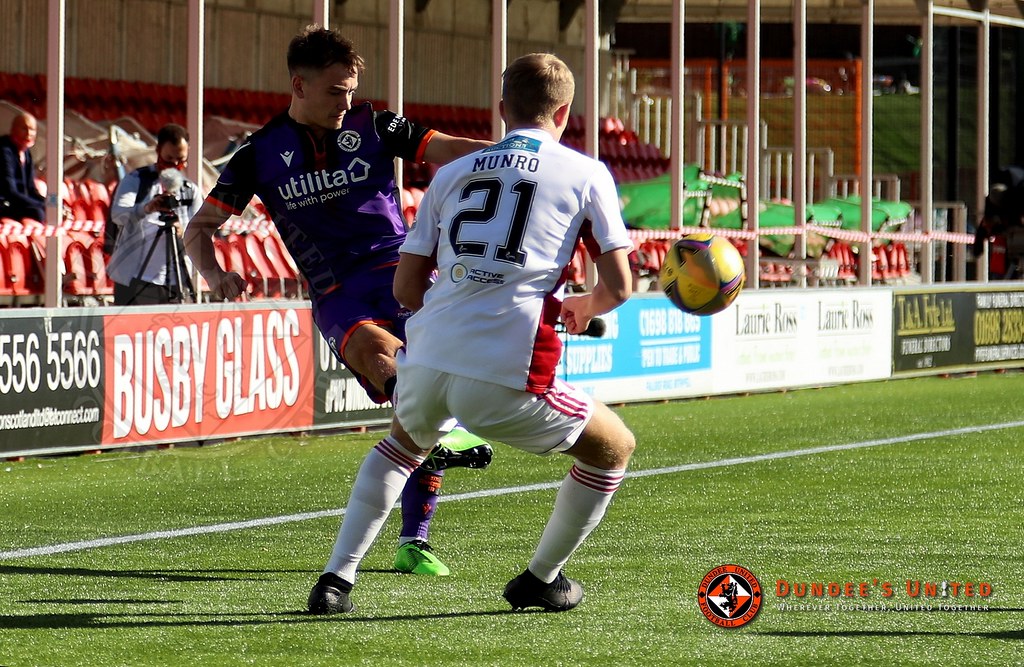 The opening stages of the second half belonged to the home side. Hamilton brought on big frontman Ogkmpoe at half time, and he contributed to a persistent aerial threat. Micky Mellon responded by bringing on Connolly for the excellent Spörle to allow a formation change to a 3-5-2.

United had a number of opportunities as the half got into its stride. Shankland showed his quality as he took a miscontrolled Accies ball out of the air just on the hour mark and slipped in Nicky Clark. Clark’s point-blank effort was blocked by Accies goalie Fulton. Our Academy Graduate Chalmers kept his dancing shoes on in the second period, and provided several other moments of fine wide play before being replaced by Peter Pawlett on 66 minutes.

United conceded a free kick in the 74th minute. The dead ball allowed a Templeton delivery from a wide area to find Odoffin attacking the back post. Fighting clear of Robson and Reynolds, his head found the ball, and the ball the net.

The Tangerines responded well to the setback, applying pressure and creating a number of opportunities on the Hamilton goal.

As the clock ticked down, United continued to create the best chances. The finest fell to Nicky Clark, again fed by Shankland, but he shot high under pressure from a Hamilton defender. Ultimately, time ran out on United to find the matchwinner.