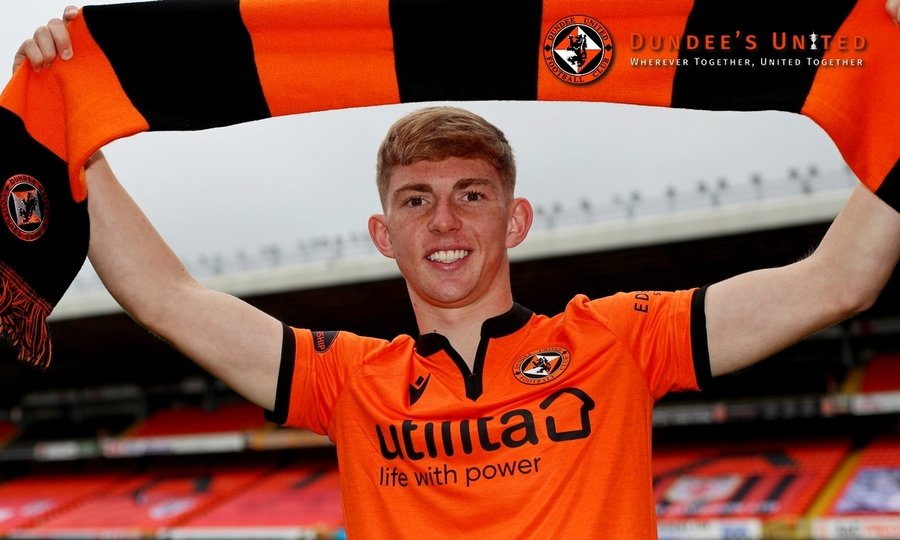 Dundee United Football Club is pleased to announce that Our Academy graduate Kai Fotheringham has penned a two-year extension to his current contract, keeping him at Tannadice until the summer of 2023.

A strong creative winger who can also operate in the middle of the park, Kai has been at United since he was 14 and has developed into one of the brightest stars of his age having represented Scotland last year, whilst also showing incredible resilience in overcoming the physical challenges he's faced with injuries.

When it was announced training could resume back in June, Kai was given the opportunity to make the step up to first team pre-season training, and after Micky Mellon arrived as manager, featured in all four friendlies as we prepared to return to the Premiership.

Kai said: "I'm absolutely delighted with my contract extension. This is something I've been aiming to get since I signed my first contract. Dundee United is the right club for me and I've developed quite a lot since I've been here but my real aim now is to get in the first team and make an impact.

"The coaches here have been brilliant for me and you can see the new gaffer is willing to give young boys chances. Lewis (Neilson) and Kieran (Freeman) have made their debuts and I feel like I'm ready to join them."

Sporting Director Tony Asghar added: "We are delighted that Kai has signed an extension to his current contract and committed his future to the club. He has shown over his time at Our Academy and, in particular, during pre-season that he has all the attributes to become a Dundee United first team player and this contract gives him time to hone his skills and talent to achieve these goals."

Head Professional Performance Coach Adam Asghar also said: "I'm delighted for Kai to be committing his future to Dundee United for the next three years. He has shown tremendous resilience after missing a large chunk of last season to injury, using the time out to become a better player physically and mentally - this led to being involved with the first team in pre-season and leaving a positive impression.

"Kai must continue to work hard and seek further opportunities in the first team environment. This is a fantastic time to be a young player at the Dundee United with the manager giving opportunities to Our Academy graduates in the Scottish Premiership."