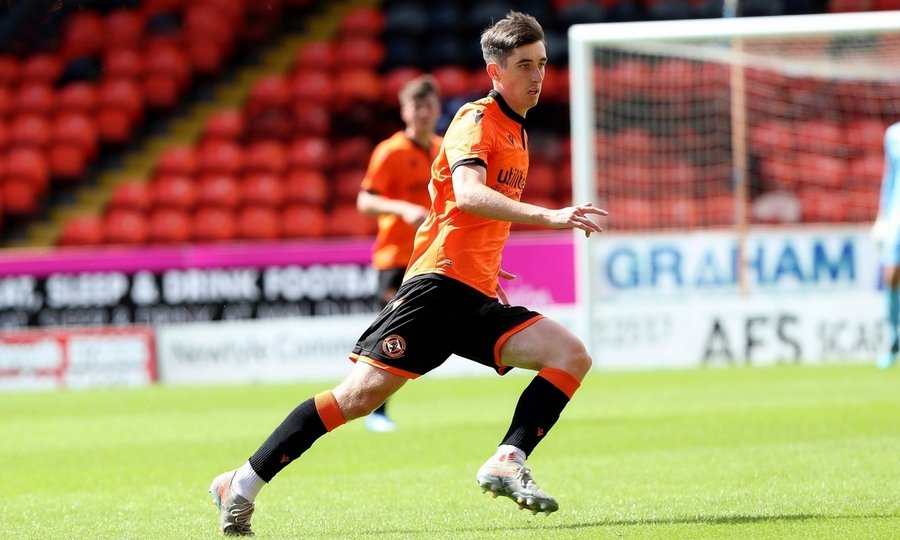 This week five of Our Academy graduates received their Higher exam results and with stellar grades being awarded to each, proved to continue their exciting development, not just as players on the pitch, but as people off it as well.

Head of Academy Operations Michael McPake said: “We pride ourselves on developing the person within the player and delighted to see the success of these boys not only on the pitch but off it as well.

"As well as working hard to continue their development as full-time professional footballers Lewis, Chris, Finn, Flynn & Layton have continued to study their Highers at their respective schools to achieve fantastic results in their exams.

"A huge congratulations must go to them for all their hard work but equally to the staff at St John’s and Braeview for their continued flexibility, support and dedication.”

Fresh off the back of making his first team debut for the Club in our Premiership opener against St Johnstone, Lewis received A's in English, Business and PE, as well as a B in Maths which could improve with a successful appeal to give him a clean sweep.

Chris and Finn also took on the Business exam and achieved an A and a C respectively, while Chris also sat Maths (C) and Finn sat English (B). Flynn, the final representative from St John’s RC High, was awarded an A in the Excellence in Sport Certificate and a B in Higher English.

Layton was the sole representative from Braeview Academy and received an A in Higher PE, a C in Higher English and a C in Nat 5 Maths.

Dundee United Football Club would like to once again congratulate but also thank the staff at St John’s and Braeview for their hard work over the past year to help the boys in their studies.

DUTV subscribers can hear from the boys in an exclusive clip here.