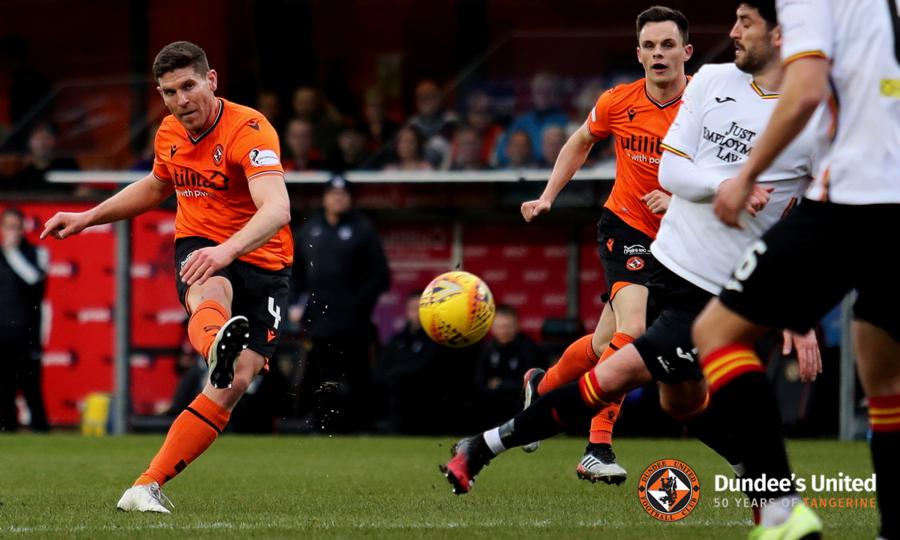 United secured a point at home to Partick this afternoon, and will be disappointed not to have built on a sublime first half goal from Dillon Powers.

Shortly after half time, a defensive error allowed Stuart Bannigan to slot home the equaliser from the penalty spot. With Inverness and Ayr dropping points however, the lead at the top was extended to 17 points.

After forcing a corner inside the opening 20 seconds, the Tangerines enjoyed most of the early possession, but it was Partick who spurned a glaring opportunity in the ninth minute. After Paul Watson miscued a headed clearance, Zak Rudden had clear space to drive into the box. He squared the ball for ex United forward Brian Graham seven yards out, however Benjamin Siegrist spread himself brilliantly to make a vital save. Three minutes later, after more Partick pressure, Darren Brownlie crossed for Tam O’Ware whose close-range header might have found the net had it not been straight at Siegrist.

In the 17th minute the hosts created their first clear opportunity after Liam Smith and Rakish Bingham combined down the right. The latter sent in a low ball which Lawrence Shankland swiped at before it fell to Ian Harkes whose turn and shot was deflected behind. There wasn’t long to wait for the opener however, and when it did it was a thing of beauty.

Mark Reynolds, deployed at left back for the second successive game, found himself in an advanced position down the flank and his cut back was only hacked clear to the edge of the box. Waiting in the perfect position was Dillon Powers who killed the ball before firing in a vicious right foot curler into the top corner, which left goalkeeper Scott Fox rooted. Thereafter, despite both sides trying to push forward, defences stayed on top as the game reached half time with United enjoying a slender lead. 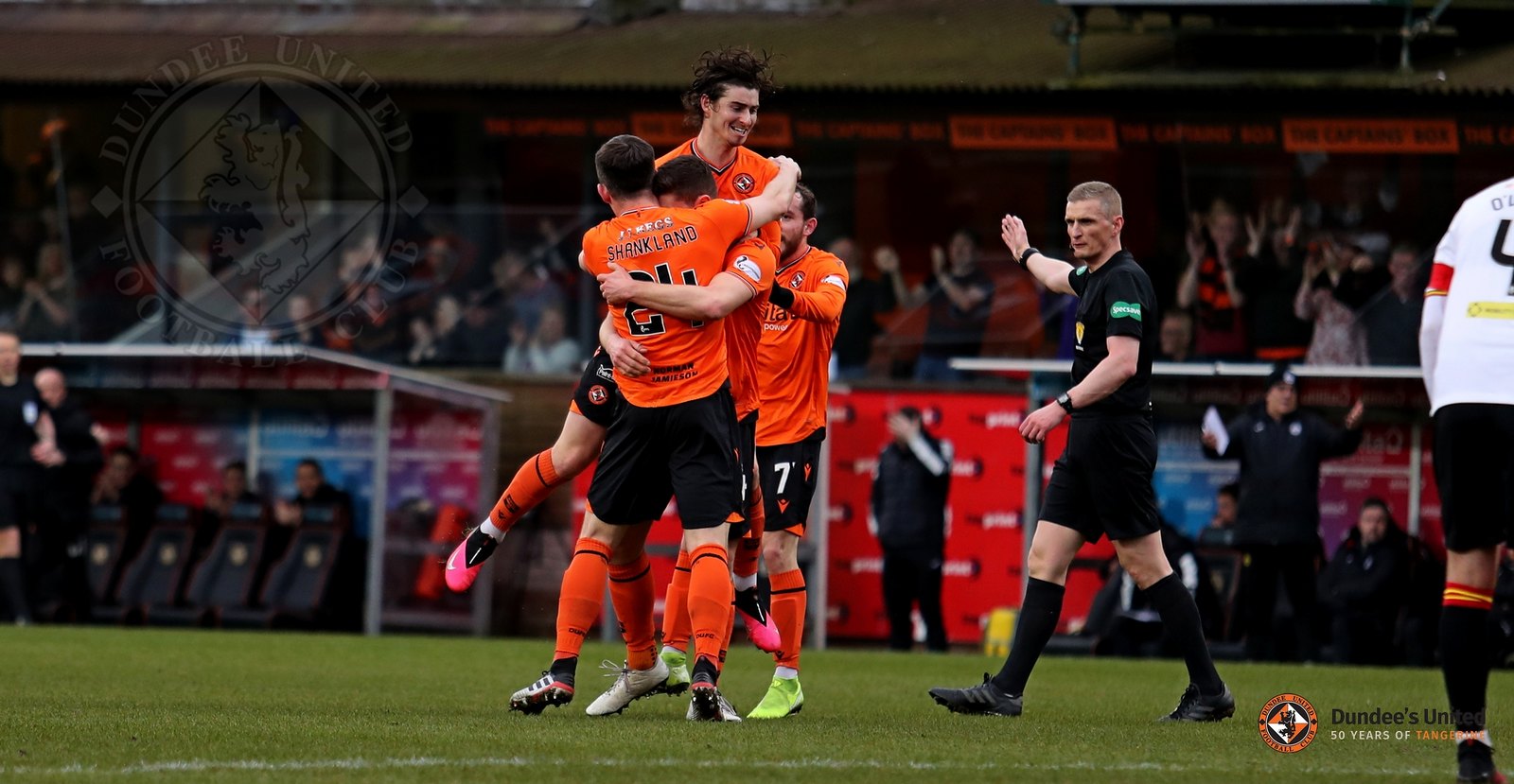 There was a bad start to the second half for the hosts after Watson conceded a penalty in the 51st minute. Tommy Robson had cut inside Watson who instinctively grabbed the shoulder of the tricky wide man to pull him down inside the box. Stuart Bannigan stepped up and slotted the kick low into Siegrist’s bottom left corner, just beyond his fingertips.

Acadmy Graduate Appéré was sent on for Pawlett with half an hour left and minutes later he delivered a dangerous low cross across the face of goal which had no takers. McMullan slipped the ball inside to Harkes who curled a left foot shot towards the bottom corner which Fox turned away before Partick broke forward on the counter, the move ending with Graham blazing over.

A quick throw from Shankland and then a Harkes flick put in McMullan and from a tight angle he forced Fox to block away for a corner. From the set piece Fox again had to react as the ball ricocheted off a Partick head towards goal with the hosts upping the tempo. The visitors from another breakaway won a free kick on the edge of the box and Cole’s strong right foot shot was blocked well by Reynolds at the expense of a corner.

Academy Graduate Declan Glass came on for Bingham with 12 minutes to play and immediately showed his intent as he took the ball towards goal; sadly the final shot was sent high over. With five minutes left, McMullan again set up Harkes who, after a great first touch, drilled a snapshot wide. It was the home side who pushed hardest for a winner late on but Thistle sub Dario Zanatta had the last opening of the match, only to send his shot from just inside the box high over.

On a largely frustrating afternoon for the hosts, they will still be disappointed to have only come away with a point, having led through Powers's superb goal. With the teams below also dropping points, there was comfort in the fact their lead at the top extends to 17 points.

Man of the Match:

On an afternoon where both sides struggled to really take control, one player which did stand out was midfielder Ian Harkes. Unlucky not to join Powers on the scoresheet, he looked the most likely to create openings throughout the afternoon.