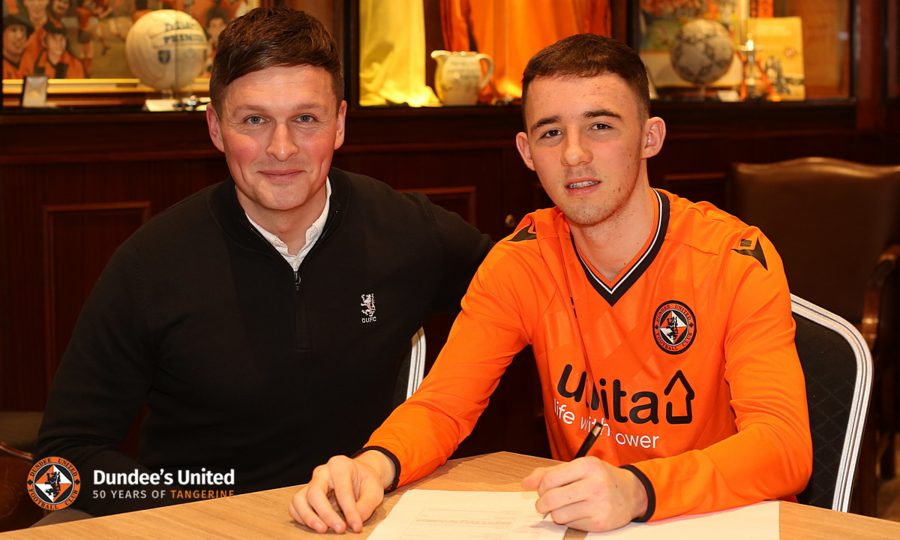 Dundee United are delighted to announce the signing of 16-year-old Academy Graduate Fin Malcolm on his first professional contract. The young striker joined the Club from Forth Valley Football Academy and broke into the Under 18s squad at the age of 14.

Fin, who scored on his debut for the Reserves versus Morton a fortnight ago, is a Scotland international youth player and current Scottish FA Performance School pupil at Graeme High School in Falkirk.

Academy Director Andy Goldie said: “We are delighted that Fin has committed his immediate future to Dundee United Football Club and look forward to seeing his continued progression at the High Performance Centre. As with all Academy graduates, it is important that he understands how he has achieved this milestone and must continue to show the levels of commitment and sacrifice that we have come to expect of him throughout his journey in the Academy. He is a striker who enjoys the physical side of the game, works relentlessly out of possession and, as we seen recently on his debut for the Reserves, is composed in front of goal. He has had a challenging 6-8 months with an injury however he is already showing signs of getting back to his best at both club and international level and will now push towards his next goal.”