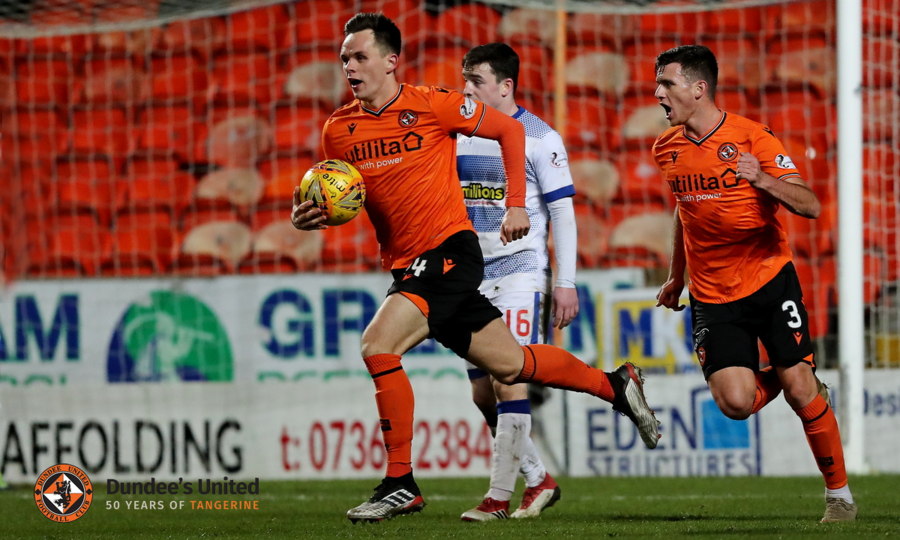 Shankland’s late equaliser earns United a valuable point in a fiery 1-1 draw at Tannadice to maintain their unbeaten home record and increase their lead at the top of the table to 18 points.

United went into today’s game with Greenock Morton sitting 17 points clear at the top of the Scottish Championship - a healthy gap between ourselves and second placed Inverness, albeit having played one game more than the Highlanders, but complacency isn’t a word you’ll hear around Tannadice these days.

Defender Mark Connolly was quick to stress this week that the players are fully focused on the job in hand, “We want to win every game at Tannadice. Teams will want to beat us and end our record. All we can do in our league is focus on ourselves and we’ve done that well so far this season”.

After last weekend’s hard fought 2-2 draw with Hibernian in the 4th round of the Scottish Cup, manager Robbie Neilson rang the changes with Watson and McMullan on the bench as Sow and Academy Graduate Appéré step up to the starting line-up. Reynolds stepped up from the bench with Butcher missing through suspension.   Fellow United Academy Graduates Chris Mochrie and Lewis Neilson are on the bench today, having also been included in the squad for the upcoming Under-17 Scotland games against Hungary and Sweden in Spain next month.

Today’s visitors Greenock Morton started the day in 8th place in the Championship, just four points above bottom side Alloa. Last Saturday’s 3-0 defeat to St Johnstone in the Scottish Cup meant manager David Hopkin’s focus is solely on the league. With just five points separating 4th and 8th place in the Championship, a couple of good results could see Morton eyeing a play-off spot in no time at all. Dubbed ‘Alcatraz’, the Championship continues to live up to its reputation as the place nobody escapes from. Morton made just one change from last week’s Scottish Cup defeat with Orsi stepping up from the bench in place of Welsh.

First Half - United had the ball in the Morton net after only 23 seconds when a Harkes shot from the edge of the box was parried by Rogers into the path of the oncoming Sow. The striker struck the ball home but was ruled offside by the referee's assistant.
United had the bulk of the possession in the opening exchanges but were up against a tightly packed Morton defence.

Against the run of play, Morton took the lead in the 17th minute. A well timed cross by Cadden was met by Orsi in the middle of the box and his header flew past Siegrist in the United goal.

A United onslaught ensued for the next 15 minutes with Morton having eleven men behind the ball. A speculative Shankland header and a Pawlett run into the box the only rewards for the home sides efforts.

An Appéré run cut inside from the left wing resulted in a free-kick as the youngster was brought down on the edge of the box with five minutes of the first half left. Sow’s effort from twenty yards out was well taken but just the wrong side of the crossbar.

As referee Dallas blew for half-time it had been a frustrating first half for United as they tried to break through the resolute Morton defence. No doubt plenty for manager Robbie Neilson to discuss with his side during the interval. 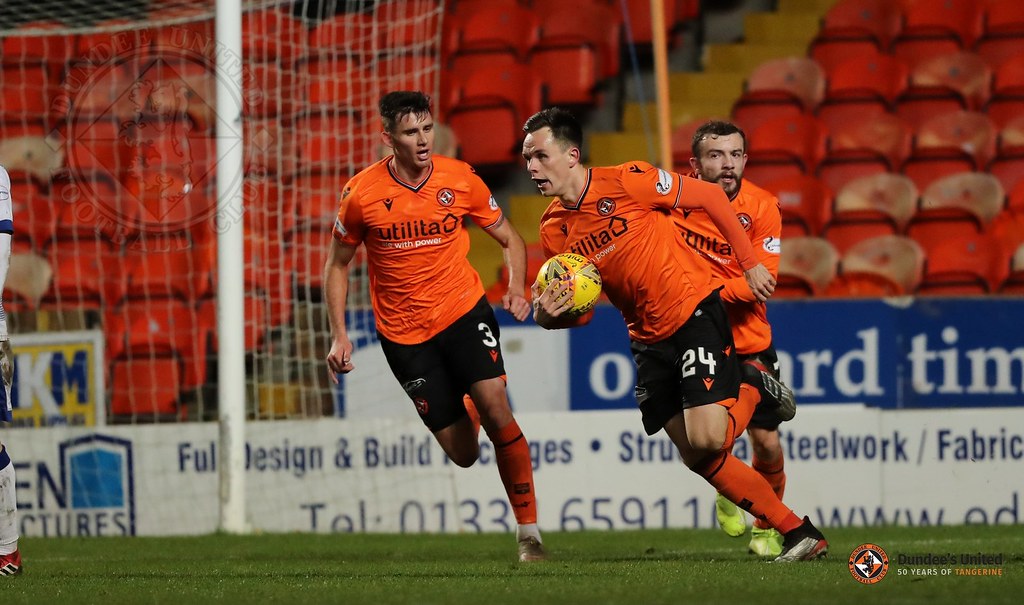 Second Half - United made an immediate change to the second half with McMullan replacing Harkes.

The second half continued as the first half had ended with United on the front foot but unable to carve a way through the Cappielow side’s defence.

By the seventieth minute United had made thee substitutions and seen no way past the Morton rearguard which was growing in numbers by the minute. Morton’s goalkeeper hadn’t had a save to make in the second half as the bulk of the game was played between the half way line and Morton’s eighteen yard box.

In the eightieth minute a Powers free-kick just outside the box found the head of Robson, but the Academy Graduate’s header was just wide of the left hand post. Five minutes later and Smith had the goal in his sights but his effort sailed over the bar.

The all important equaliser came in the ninetieth minute when a cross from the right wing was met by Shankland and his header flew past Rogers in the Morton goal.

Just two minutes later McMullan almost grabbed the winner when his shot was pushed wide by the Morton keeper.

That was to be the last action of the game and although it was a frustrating encounter, United actually gained a point on nearest rivals Inverness who lost 1-0 to Ayr United.

Next up is Arbroath back at Tannadice as United look to continue their impressive undefeated home record.

Man of the Match - Dillon Powers. The American midfielder looked comfortable in the middle of the park and kept pushing United forward.