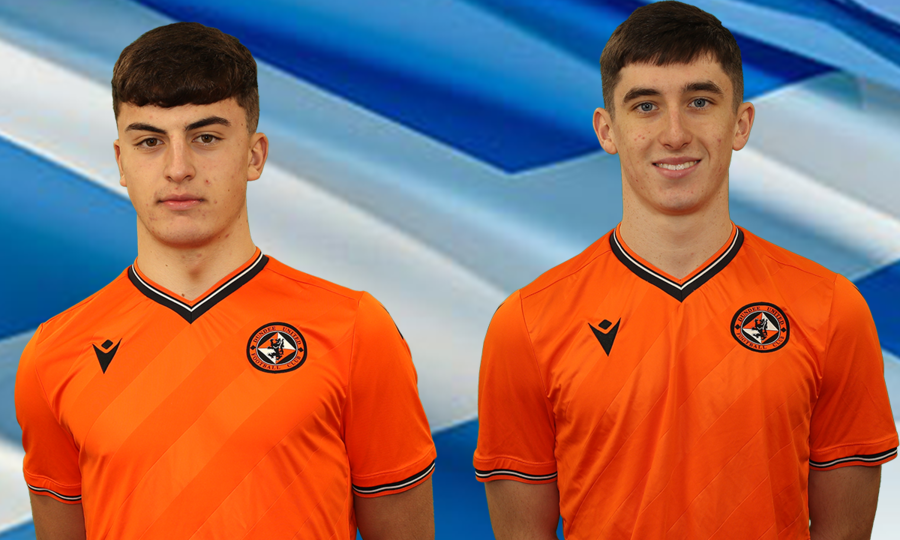 Congratulations to Young Terrors Lewis Neilson and Chris Mochrie have been called up to Scotland's Under 17 squad for the upcoming friendly matches versus Hungary and Sweden.

The matches are to be played in Pinatar, Spain on the 7th and 10th February respectively.

Lewis, a strong defender, was Dundee United's Academy Player of the Month for November and has regularly travelled and trained with the first team throughout the 2019/20 season.

Chris, an exciting attacker, became the youngest first-team player in Dundee United's history when he made his debut against Morton in the final league game of the 2018/19 season and has featured four times for the first team this season.