HARD WORK IS PAYING OFF FOR FORREST 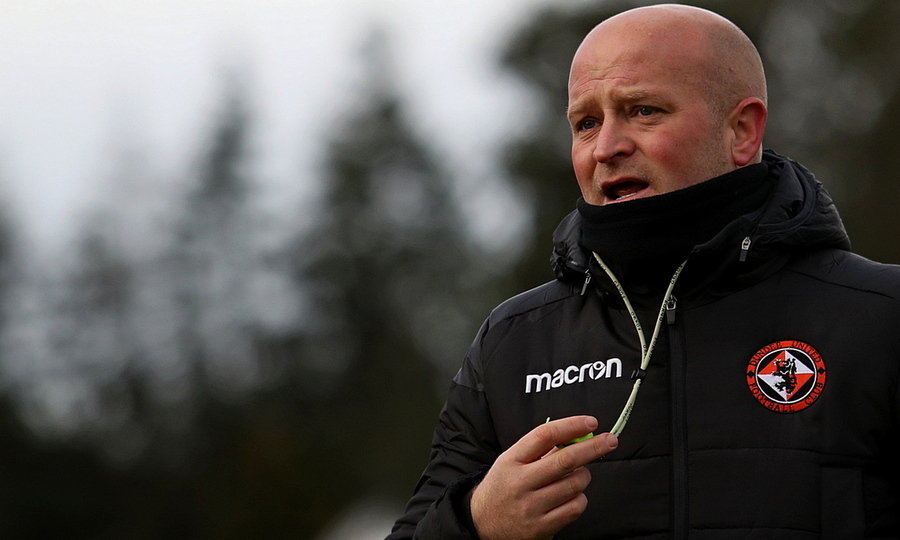 Four wins out of four, a clean sheet kept in each of those victories and seven goals scored by two inform strikers. Dundee United are flying high at the moment and Assistant Head Coach Gordon Forrest credits this rich vein of form to the hard work the boys are putting in on the training field.

More than a fortnight after our last fixture at Tannadice - a 1-0 midweek victory over Partick Thistle - United return home tomorrow to take on Queen of the South.

As the only top-four side playing on Saturday, it's the perfect opportunity for us to stretch our lead at the top of the Ladbrokes Championship after the second Derby win of the season moved us six-points clear last weekend.

"Credit to the boys again for last Friday night. It was a very good performance and an excellent result. It takes us up to those four wins and four clean sheets so the boys are in really good spirits," said Forrest.

"The boys have been working hard on the training pitch and you can see they are implementing that into the games, into good performances with clean sheets and goals. They are important results as well. They are massive for the confidence and, hopefully, we can take that into Saturday's game.

"The fans have been fantastic both home and away. Just thinking back to the game on Friday night at Dens the fans were superb. We could hear them throughout the match and it really drives the players on. Then at the end of the match it's good to take that celebration together and, hopefully, they can turn out this weekend and back us again to get the three points.

"We're just focusing on ourselves. We've got the main objective of just picking up three points and whatever happens in the other games is a bonus. Thankfully for us last weekend it did go our way but the main focus is on how we perform and if we can get the three points every week."

The fantastic run of form the team has been on over the last month might not have completely erased the last meeting with Queen of the South from the players' minds, but they have proven a significant point with the results picked up since that day.

That 4-0 defeat at Palmerston was a disappointing day for everybody involved and the team are committed to making a wrong right this weekend.

"We maybe got a little bit of stick from those couple of defeats away from home before this run," admitted Forrest. "But it shows the character and the personality of the players and it shows that we do have a good squad in terms of bringing players in and out to then kick on and get these results. But there is a long way to go. It's important that we get a good result and performance on Saturday.

"The previous game against Queen of the South is obviously in the back of the minds of the players. You want a little bit of payback and revenge off a disappointing result and performance down at Palmerston. I'm sure the boys are thinking that but, again, our focus is on ourselves and how we play and how what we've been doing in the previous matches. Hopefully, it will be a different game at Tannadice."

While there have been no fresh injuries to the first-team this week we will be without Lawrence Shankland on Saturday as he is on international duty with the Scotland team in Cyprus.

It's a shame to lose a player who has made such an impact on the team since arriving in the summer but Forrest sees this as an opportunity for someone else to claim a place in the squad.

"Having that size of squad and the players within that squad, the absence of Lawrence allows someone else the opportunity to come into the team," said United's Assistant Head Coach. "Credit to Lawrence he deserves his call up. Good luck to him in the two games coming up because he did fantastic in the previous matches for Scotland. But it allows for someone to come in and they'll get their opportunity this weekend."