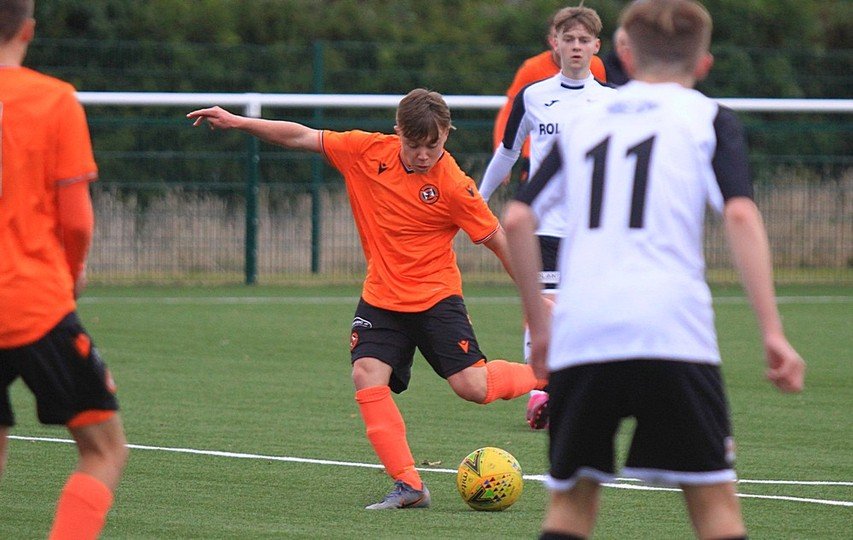 The Young Terrors cruised into the third round of the Youth Cup with an emphatic victory over their Highland League counterparts.

United stamped on their authority from the outset creating five good chances within the first ten minutes.

However, they had to wait until the 18th minute before opening their account, Darren Watson running through onto a long ball over the top before angling the ball inside the far post.

On 33 minutes, Shaun Brown cleverly curled in the second from just inside the box.

With 12 minutes left, a Formartine defender’s attempted clearance of Nathan Cooney’s cross went in off his own keeper for an own goal.

Shortly afterwards, the visitors hit the post for what was the only time they really threatened.

In the last minute of normal time, substitute Lennon Walker cut in from the right to fire home the sixth from an acute angle.

With effectively the last kick of the game, United had the ball in the net again, but it was disallowed for a clear offside offence.

I said to the players before the game that because of the expectation against lower league, or in this case, non-league opponents, games like this are almost a no-win situation because these teams are always physical and well-organised.

We had to be patient in the first half and, in the end, a six-goal winning margin was well-deserved.

And a lot of the players pleased me and that was reflected in the goals we scored. However, there were one or two things we could have sharpened up, but overall I was happy to get through.

We were only four games from Hampden and now it is only three with St Johnstone up next after last Monday’s draw.