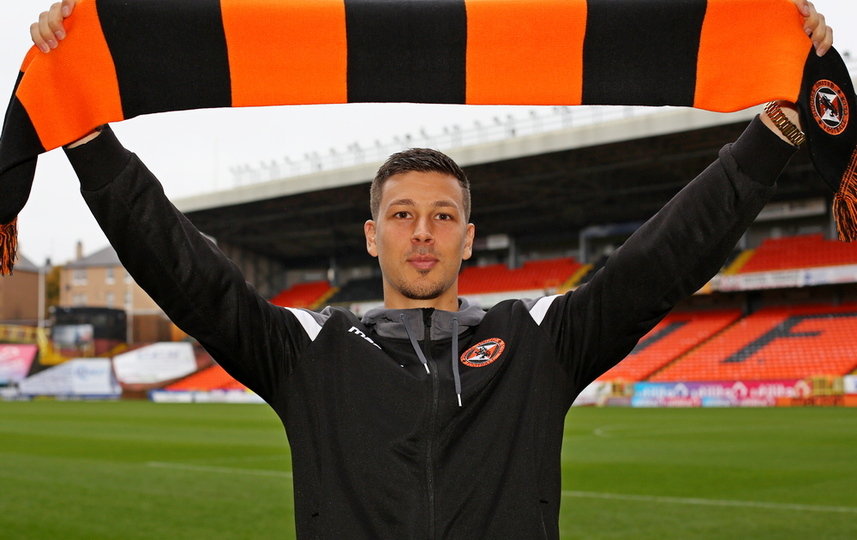 Dundee United Football Club is delighted to announce that Benjamin Siegrist has extended his contract until the end of the 2022 season.

The 6'5'' goalkeeper arrived at Tannadice in June 2018 after spending two seasons with Liechtenstein-based FC Vaduz who played in his native Switzerland's second division.

He signed on the same day as Matej Rakovan and initially lost out on the No. 1 jersey to the Slovakian. Benji played just five matches before Robbie Neilson joined the Club, but after the Head Coach's arrival he was given his chance back between the sticks and didn't disappoint.

He would go on to make a further 33 appearances for the season, keeping 13 clean sheets in the process as he established himself as United's No. 1 keeper and was a key part in the team reaching the Premiership Play-off Final back in May.

Benji has continued to be ever-present this season, appearing in 14 of United's 16 matches in all competitions with a further four clean sheets.

Head Coach Robbie Neilson said: "We are delighted to sign Benji on a longer-term contract. He is a very talented goalkeeper and since I arrived a year ago he has continued to show his impressive qualities on the pitch and has been a fantastic member to have in the squad. We look forward to seeing his progress continue with Dundee United."

Benji said: "I'm buzzing that we could finally get this over the line and commit my future to Dundee United. I've loved my time with the Club so far and can't wait to keep it going further. The hard work that everybody does, paired with the ambition at the Club, is incredible. Working on a daily basis with Neil Alexander I feel like I've developed over the last 12 months and I'd like to thank the coaching staff, my teammates and the fans for all their support."

Goalkeeping Coach Neil Alexander added: "Fantastic news for Ben and the Football Club. Ben's form since grabbing his chance last season has been very consistent and of a reliably high standard which he has carried that into this season. There is still a lot more to come from Benjamin and I'm excited to continue to work with him for a further two years."