McCULLOCH CAN FEEL THE CONFIDENCE AHEAD OF MIDWEEK CLASH 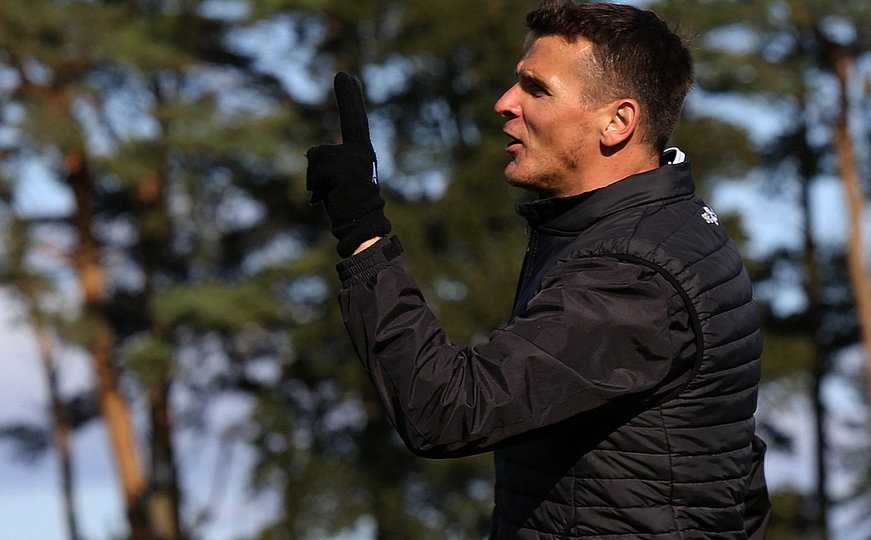 With Dundee United back to winning ways at the weekend, Lee McCulloch believes the confidence is flowing through Tannadice once again.

United got the week off to the perfect start with a comfortable 2-0 victory over Dunfermline at Tannadice on Saturday which maintained our 100 per cent league record at home this season and put to bed a couple of disappointing away results from a week or two prior.

But those three points will count for nothing if we don't build on them tonight when Partick Thistle visit Tannadice for the midweek fixture.

The Jags had undergone a new manager bounce after Ian McCall returned to the Club last month, but were brought back down to earth at the weekend at the hands of Arbroath and will be looking to make amends for that 3-1 defeat tonight.

McCulloch, however, remains completely focused on Dundee United in the build-up to tonight's match with a big week ahead of us which sees us travel to Inverness on Saturday before next Friday's derby at Dens Park.

"Everything's very positive just now, three points clear at the top of the league with a big week ahead of us. It was good to bounce back from a disappointing result and performance the week before. We're just trying to build momentum going into an important stage of tough games with Partick Thistle and Inverness coming up," said United's Assistant Head Coach.

"With the manager we've got, and the squad of players we've got in the dressing room, you've got to be confident going into league games. That win on Saturday, to get that little monkey off our back, brings a bit of confidence within the ranks, and the coaching staff as well, so we're looking forward to tonight.

"I think Partick Thistle will try and frustrate us. They've got good players who are capable of winning games. They had a bit of a bounce with the new manager coming in, but they'll be disappointed with Saturday's result so they'll be looking to put that right. I can't see them going with the same team. But we just need to concentrate on ourselves. It doesn't matter what anybody else does in this league."

Reflecting on Saturday's win, McCulloch wasn't just delighted to see Lawrence Shankland get back on the scoresheet, but also enjoyed seeing Nicky Clark net his first goal of the season on his full return from injury.

That result gave us a three-point gap at the top of the Ladbrokes Championship and United's Assistant Head Coach would love to build on that gap with another three points tonight.

"It was brilliant to have Nicky back with his game intelligence. He's been a little bit unlucky this season through injuries, but it's good to get him back starting and getting game time," said McCulloch. "We've now got a bit of competition up front for places with Louis Appéré and, obviously, you've got Lawrence who is in amongst the goals most weeks.

"It was an experienced frontline against Dunfermline with good movement and holdup play. We've got pace out wide with Paul McMullan, Peter Pawlett and other players on the bench who can come on. It was good to see Adam King come on and get some game time.

"Overall, it was pleasing the way we played against Dunfermline, especially first-half, back on a good pitch and keeping our home record going. The gaffer is happy, but now that is gone and it's on to tonight's match.

"It's a big-time for the Club at the moment. We're sitting pretty just now but there are no medals or trophies handed out at this point in the season. So, we just need to keep concentrating on ourselves. Players need to look after themselves, how they eat and sleep, what they're drinking and make sure they recover well in-between games. We've got some big games coming up and we can go one of two ways, we can create a gap or make it hard for ourselves."

We would like to remind fans that tonight's match is a 7:45 pm kick-off and tickets can still be purchased online and via the Tannadice Ticket Centre. Supporters should be warned, however, that the ticket centre is likely to be busy right up until kick-off.