ANDY WEBSTER TO SALUTE CROWD AHEAD OF PARS GAME 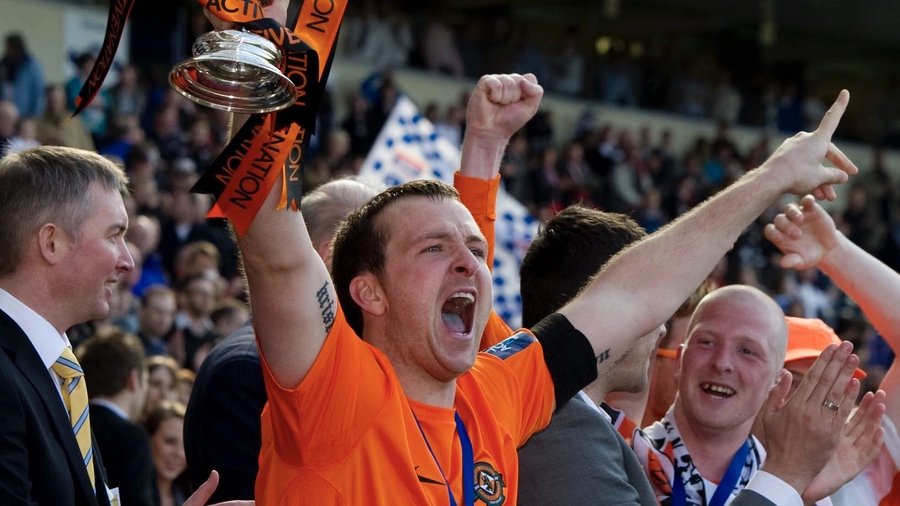 The latest #Tangerine50 legend to walk once again on the hallowed turf of Tannadice will be silver-kissing skipper Andy Webster.

Andy's time at the Club was short but memorable as he joined on loan during the 2009-10 season and ended that season lifting the Scottish Cup as United secured the trophy for the second time in our history.

He played 31 times, scoring four goals but his impact within the dressing room was, perhaps, his defining characteristic. A strong, imposing defender - he showed great professionalism in the Tangerine shirt.

Coming towards the tenth anniversary of that fantastic cup campaign, please make sure you are in the stands for 2.50pm tomorrow and raise the roof for our cup-winning captain Andy Webster as he makes his way out to salute the United support.