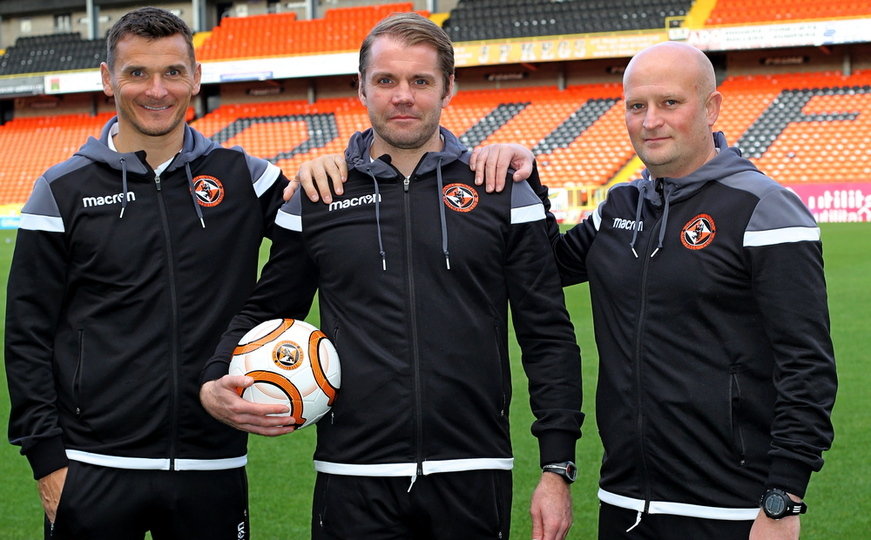 Dundee United Football Club is delighted to announce that Head Coach Robbie Neilson and assistants Gordon Forrest and Lee McCulloch have signed contract extensions until the end of season 2022.

Robbie was appointed as First Team Head Coach in October 2018. He was later joined by Gordon at the beginning of January 2019 as he returned to Scotland after six years in the MLS with Vancouver Whitecaps FC.

Lee joined shortly after, initially, as a striker's coach but was appointed Assistant Head Coach alongside Forrest at the start of the season.

In their first season in charge, the trio led the Club to the Premiership Play-off Final. Over the summer, they worked with Sporting Director Tony Asghar to build a squad capable of securing the Championship title.

Sporting Director Tony Asghar said, "It was important to me to get the three of these contracts signed as we are looking to bring stability to the work we are doing. The Club has significantly improved over the last year, with better infrastructure in place and Robbie, Gordon and Lee are strong components within. Everyone is aware that we are not the finished article and while we look to improve continually, to have three excellent coaches commit their futures to the Club shows a belief in what we are trying to achieve at United."

Robbie said, "This was an easy decision to make. We are trying to build something special here at Dundee United, and if you look at where the Club was a year ago, it is night and day now. There is a real positive energy around the place; we have a great dressing room and a fantastic support staff. The focus is on achieving our target."

Gordon said, "I enjoy being at United and working alongside Lee and Robbie. We complement each other and work well as a team. There is a real belief around the Club, and we all want to be part of what's happening here."

Lee said, "It is an exciting time for the Club, and it's great to be involved. Each of us understands and enjoys the pressure that comes with our jobs. We know the short and long-term goals, and we have complete trust in each other and our methods. We see the progress the Club is making, and want to be involved."