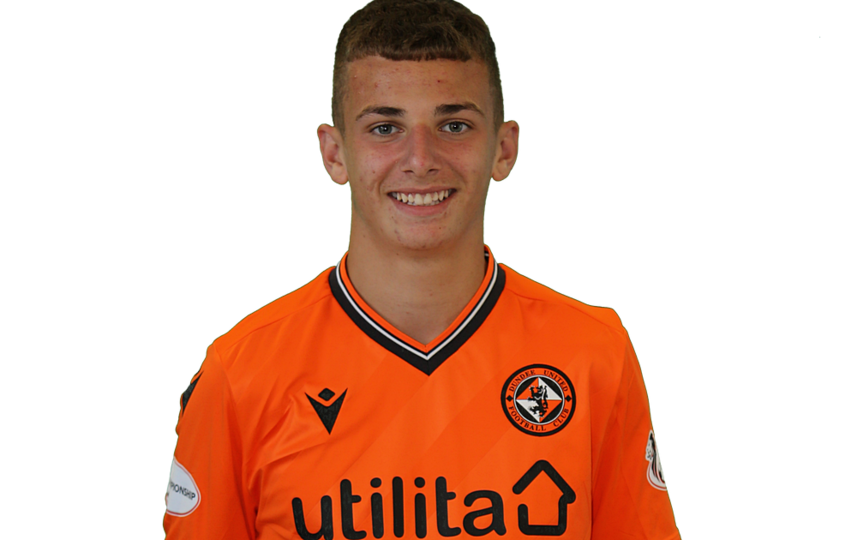 The Young Terrors travelled to Glasgow on a wet and windy Friday night looking to secure a victory over opponents Partick Thistle.

United started strongly taking the game to Thistle, putting in several crosses across goal and should have taken the lead when Shaun Brown had the ball touched away from him on the goal line after great work and delivery from Archie Meekison.

The Young Terrors dominated the early exchanges, having most of the ball and continued to carve out opportunities against a compact Thistle side.

Despite all this early possession and control, a lack of discipline and an unforced error at the back allowed Thistle a chance to take the lead, but thankfully Goalkeeper Fraser Currid made a good stop.

United finally opened the scoring in the 50th minute. Good link-up play between Chris Mochrie and Flynn Duffy down the left ended with Duffy's early cross finding Watson in between the two Thistle centre-halves. Watson drove forward and chopped back before calmly sliding the ball beyond the Goalkeeper. After working to secure a lead, a short back pass from the United midfield allowed the Thistle winger to steal in and score.

United continued to be calm and patient in possession but faced going behind when the home side was awarded a penalty much to the frustration of the Young Terrors who felt it contentious. Goalkeeper Currid produced a fantastic stop, diving to his left to keep the scoreline level.

The save spurred the Young Terrors on, and a pass down the side by Archie Meekison found that man Darren Watson again, and he made no mistake, blasting high into the net to give United the lead with only five minutes from time. United saw out the remainder of the game to secure a 2-1 win.

Coach Adam Asghar said, "I'm pleased with the mentality of the players tonight. Playing in tough conditions against an opponent who were looking to be aggressive and disrupt us at any opportunity was a challenge - one we faced last year quite a few times and struggled to come through.

"While delighted to dominate possession, we need to turn that dominance into convincing scorelines and kill games off earlier. Fraser Currid again produced a big moment for us with the penalty save, and I am delighted for Darren Watson scoring another two goals. Darren has worked hard on his finishing and end product and is in a positive frame of mind just now. As long as he continues to work hard and looks to learn every day, he will continue to flourish."

Next up for the Young Terrors is a home game versus Ross County on Friday 18 October at the High Performance Centre at 2pm.