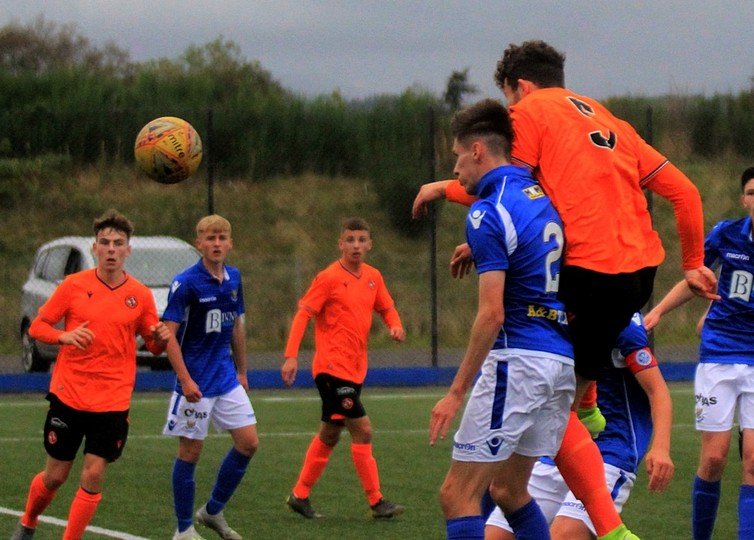 The U18s travelled to McDiarmid Park looking to build on a strong performance v Queen's Park in their previous league match.

The #YoungTerrors dominated possession from kick-off, demonstrating good quality building out from the back and through midfield. This would be the theme throughout the first half, with the hosts looking to sit deep and soak up pressure.

United peppered the St Johnstone goal applying pressure from set-pieces in wide areas. When the goal came, it was a moment of quality in the middle third that would provide the goal.

Lewis Fraser played a penetrating pass through to Shaun Brown out wide. Shaun drifted in off the right-hand side into a central area and showed high awareness to play through Darren Watson who provided a clinical finish - his fourth goal of the season.

Despite United dominating the half, the hosts threatened to equalise before half time. Fraser Currid was called into action after a defensive lapse, but the goalkeeper produced an outstanding save to keep United's advantage going into half-time.

The second half brought more chances for the #YoungTerrors, but they were unable to add to the scoreline. A flurry of st Johnstone corners in stoppage time proved nothing more than a late threat, and United came away with another three points.

After the match, Coach Adam Asghar said: "Today, we were in total control of possession and had the bravery to play in our style on a difficult pitch against a stuffy opposition. The challenge for our young players is to knit all elements of our playing style together regularly now. The boys have shown they can implement different parts of it in each league game so far.

"An extremely pleasing aspect of the campaign so far is the four clean sheets out of six league games. This is something the group has worked extremely hard at since pre-season and must continue to build on it.'

The next game for the Under 18's is Partick Thistle away on Friday.