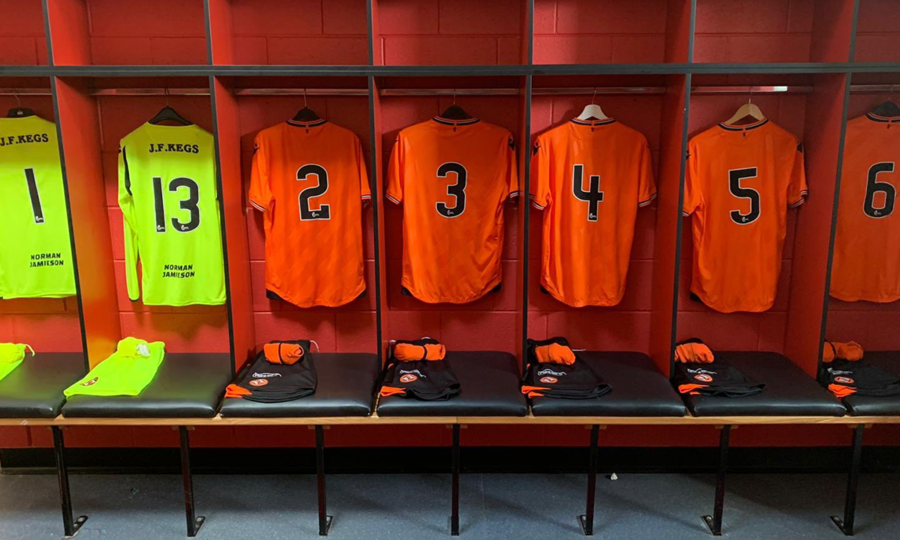 The DUYDB Additional Games Programme kicked into gear last month with fifty-six of Academy players representing the Club at both the Foyle Cup and Super Cup NI, previously known as the Milk Cup, during July.

Up first, the Under 13/14s and 18s competed in the Foyle Cup in Londonderry. Both have differing objectives for the tournament. The Under 13/14s were at their first tournament but were under no illusions that they were expected to lift the trophy and win playing in ‘Our Style.’ The Under 18s, on the other hand, were in the midst of their preseason programme and although the main objective was still to come home with the trophy, it was more the experience of playing against more physical and defensive-minded opposition who would make it difficult for them to play in ‘Our Style.’

These age groups were purposely chosen also to help develop a mentorship programme between the full-time Academy graduates and the youngest of the age groups who currently play eleven aside football.

To foster this, both squads were giving a series of tasks to help create a culture of peer learning and analysis. Among the tasks, the Under 13/14s watched the Under 18s games in the evening and provided individual feedback to the players the following day meanwhile the Under 18s took on responsibility in helping set the standards expected at the High-Performance Centre at St Andrews University for the younger players.

After both squads collected full points in their group games, the Under 18s lost out in their semi-final on penalties with the Under 13/14s beating English Premier League newcomers Sheffield United 1-0 to progress to the final.

Unfortunately, they lost for the first time in the tournament to a strong Motherwell side 2-0 in the final with the Under 18s beating Derry City on penalties in their 3rd/4th playoff.

Next up, the rest of Under 15/16s players travelled over to Northern Ireland to join Layton Bisland, Kerr Smith, Reece Beveridge and Josh Dunne, who were all part of the Under 18 Foyle Cup Squad, for the Super Cup NI.

The opening game, screened live on BBC, saw the lads drawn against Leeds United and the boys showed our supporters who were watching back home what the future holds with an impressive performance. Unfortunately, despite a dominant opening 45 minutes, they didn’t take any of their goal-scoring opportunities but defended well to see out the last 10-15 minutes and open their campaign with a point.

A convincing 2-0 with over County Armagh followed the next day before a crucial game against Chilean side O’Higgins. The task was simple - three points and they would qualify in the top four of a twenty-two team league and go onto compete for the Super Cup trophy.

A rollercoaster of a game saw them take the lead only to go into the break 2-1 down. O’Higgins looked to have put the game out of sight at 3-1, but the boys showed great character to fight back and finish the game 3-3.

Unfortunately, the results didn’t go the way of the boys, and they fell into the Super Cup Globe where they faced Plymouth Argyle in the semi-final.

A convincing performance and result set up a return tie against O’Higgins once again who had beat Leeds United 7-0 in their semi-final.

The boys saved their best performance of the tournament until the end where they dominated the majority of the match and deservedly went into added-on time 1-0 up.

A series of bizarre incidents in the 5th minute of stoppage time prevailed against them with Ryan McInnes suffering a serious head injury (resulting in him being taken to hospital) and with the final kick of the game O’Higgins equalised after a very contentious penalty decision awarded them a lifeline.

Despite suffering the heartbreak losing out on penalties in the end, they finished the week unbeaten in five games in a tournament that included Pumas Unam (Mexico), Arsenal, Manchester United as well as teams from USA, Asia, Africa and across Europe.

Academy Director Andy Goldie, reflecting on the previous two weeks, said: “Our young players and staff can be immensely proud of their performances over the tournaments and how they have represented Dundee United Football Club. It is very much part of our culture that we want to develop better people as well as better players; therefore, it was extremely pleasing to receive countless compliments on their attitude, behaviour and levels of respect in and around our hotel and restaurants.

“On the pitch, they should take great confidence and belief that they can now take ‘Our Style’ to these tournaments and beat teams from across the world with our game model. To only lose one game over three tournaments in two weeks is a credit to the players and the Academy Coaches who are working tirelessly to help these boys achieve their dreams.

“The main objective we set the players was to leave Northern Ireland a better player than when they arrived, and I believe they certainly achieved that. Our Additional Games Programme is a key component in achieving Our Vision, and I am grateful for the support of the Dundee United Youth Development Board have provided for the Academy during my time in post. Without this, our boys would not experience as many opportunities as they do through the Additional Games Programme.”

The Dundee United Youth Development Board is a fan-owned group who add value to the Academy by providing opportunities such as these tournaments. The board heavily funds the Additional Games Programme, and their support for the Academy is precious and is much appreciated by Academy Director, Andy Goldie and all Academy staff, players and parents.

To find out more about and register for the DUYDB, please click here.