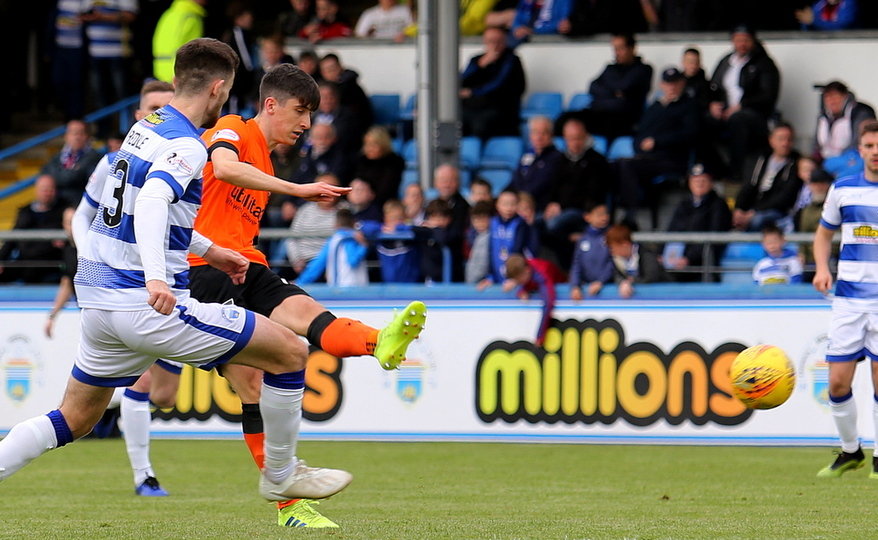 Chris Mochrie's substitute appearance today was a well-deserved cameo for the Academy starlet following some sterling performances at youth level, but it also makes the attacker the youngest-ever Dundee United first-team player at the age of 16 years and 27 days.

Chris, who came on in the 67th minute of the final league game of the campaign away to Morton, spoke to the Club website after the game, saying: "It was an unbelievable feeling to make my debut. I was excited when I was told I would be in the squad and to have got on the park was amazing.

"This is hopefully just the start for me. I'd love to be involved in the playoff games but looking towards next season, I want to work hard, get games in the reserves and eventually be included in the first team again.

Before Chris took to the field, the youngest first-team player for United had been John Souttar who made his debut against Aberdeen at the age of 16 years and 99 days.