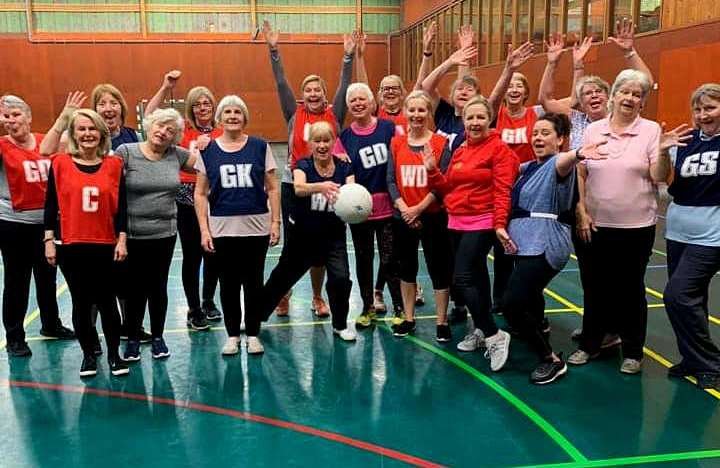 Jamie Kirk, Head of Operations at Dundee United Community Trust said, "The work we do is about so much more than just football and our walking netball activity is a great example of that.  I’m really pleased to have firmed up what is an almost unique partnership for a Trust of our kind and I’d like to thank Netball Scotland - and our staff and volunteers - for the support in getting this activity to where it is now.  I can’t wait to see how this progresses.”

Lynda Sim, Walking Netball Regional Development Manager for Tayside and Fife stated: “Netball Scotland are delighted to be working with such an established project like Dundee United Community Trust to provide an opportunity for the ladies of the city to take part in our new Walking Netball initiative. The programme is intended to encourage community groups to get more active and make a positive impact on their lives."

Michael Malone, Project Manager at Dundee United Community Trust, added: “I’m delighted that we will be working in partnership with Netball Scotland to help develop our session. I feel the support that that Lynda and Netball Scotland will bring will help take our session to the next level. The group that we have are brilliant and it has been a pleasure and great fun to get to know everyone!”

Rhian Heron, Walking Netball Coach at Dundee United Community Trust, said: “Taking the walking netball club on a Friday morning is such a privilege. The ladies that attend are all friendly. They all have their different personalities, but we all get on very well. They all comment on how much they enjoy the sessions each week; I couldn’t agree more! It’s a time where we can all let our hair down, have some fun and play some Walking Netball!

Walking Netball sessions are held at the Lynch Centre on Friday mornings from 11am – 12pm and for more information please get in touch with Dundee United Community Trust at melissa.gormley@dundeeunitedct.co.uk.