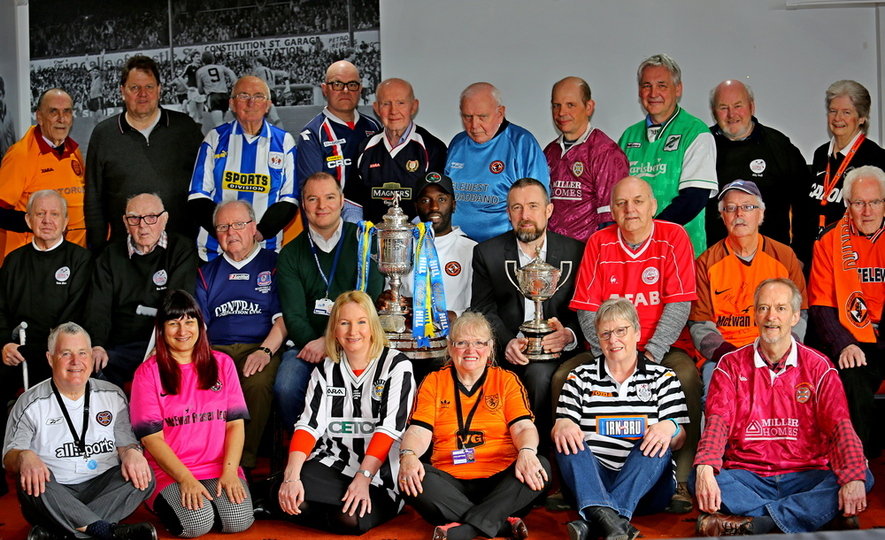 The Club’s Football Memories Project was thrilled to welcome current squad member and 2010 Scottish Cup winner Morgaro Gomis to its monthly meeting at Tannadice today. Morgaro’s attendance was timed to coincide with the visit of Richard McBrearty, director of the Scottish Football Museum, and the Scottish Cup trophy! Joining the picture above, in a rare combination, was the Second XI Cup, the “wee brother” of the original Scottish Cup which is retained by Dundee United who won the trophy in 1988 before it never was played for again.

It was a special session for the Football Memories group as everyone was invited to wear strips from Scottish Cup winning sides. Morgaro entertained us with stories of his childhood in Paris, his youth in Montpellier and, of course, winning the Scottish Cup with United in 2010.

Thanks again to Morgaro for giving up his time and allowing our Football Memories Squad to relive special moments with him.

Football Memories Meetings at Tannadice are held every third Wednesday of the month, from 2pm to 3.30pm, entrance via the Main Reception. More info here.