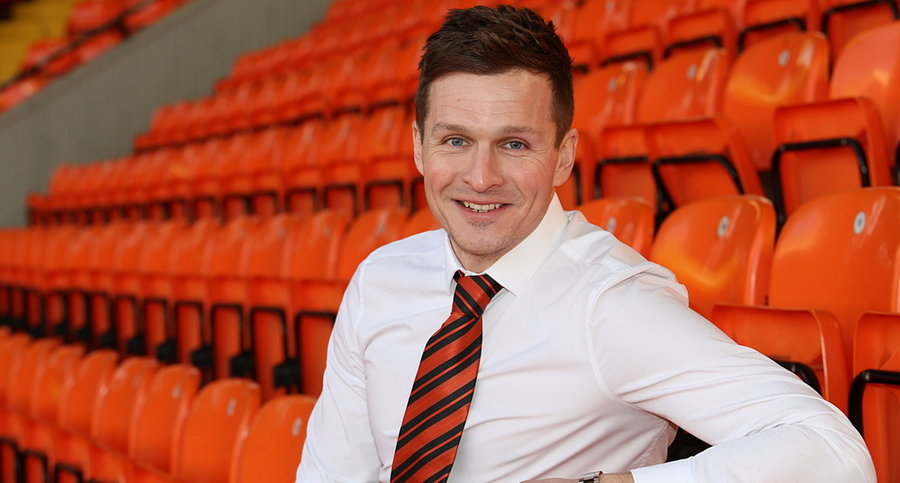 Andy Goldie has been appointed Academy Director at Dundee United as the Club takes its first steps towards restructuring its Youth Academy.

Andy, 33, joins United having spent seven years as Elite Performance Youth Coach with the Scottish FA and six years at Hamilton working within their academy as a coach.

Andy, who previously worked as an Academy Coach at United, said: “I’m very proud and honoured to be Academy Director at a Club that has a rich history of producing players who have excelled across domestic, European and International football and am very grateful to both Mark and Tony for the opportunity.

“It is an exciting challenge for me to bring more success back to Dundee United Football Club by developing a new generation of talented young footballers whom our fans can relate to, be proud of, and celebrate with in years to come.

“We have done it before, and it’s my job to inspire our young players that they can do it again.”

The appointment will see the player pathway restructured with the creation of the new position of Head of Player Pathway and Loans which will be taken by Brian Grant.

Sporting Director Tony Asghar believes the restructure will have a positive and immediate impact on the development of United’s young players.

He said: “Part of our long-term objectives for Dundee United is the construction of an elite football academy to produce first-team players. The appointment of Andy Goldie is the first part of this, and we are delighted to have appointed an innovative leader and respected coach who will re-structure an academy to develop the players of tomorrow.

“Another key appointment is that of Brian Grant to a new role of Head of Player Pathway and Loans, who will work with the Head Coach, Reserve Coach and myself focusing on players aged between 16 and 23 paying more attention to their personal development and ensuring there is a clear transition from Academy to Reserves to the first-team.”