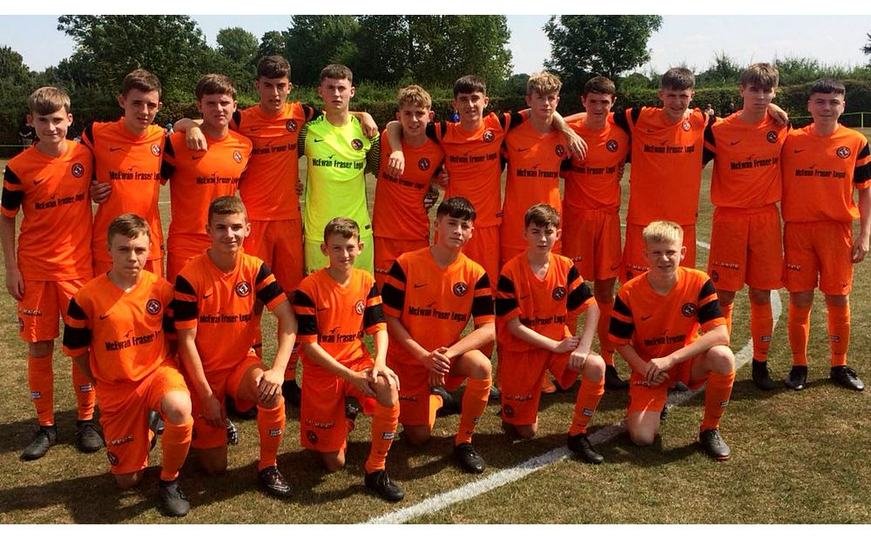 The Dundee United Youth Academy 2003s returned to the Oakham Tournament this week to defend the title the 2002 group won last season and came home once again as Champions!

The Dundee United Youth Development Board again financed the trip and allowed our 2003 group to test themselves against clubs from Canada, Ireland, England and Scotland.

Guided by Coaches Brian Grant and Lee Wilkie, the Under-16s started the three-day tournament in good form securing two victories, a 3-1 win over Peterborough and then 2-0 versus Kilmarnock.

Day two started with a gritty 0-0 draw versus St Kevin's of Ireland before a magnificent 2-0 victory over Chelsea. The day ended with a defeat (1-3) to a strong Stoke City side.

Going into the final group fixture on the morning of day three against Canadian side Bonival, the Young Terrors knew they had already qualified for the semi-final, and the 3-2 defeat did not affect this.

Next up was a semi-final date with Chelsea and the youths produced a fantastic performance to secure a 2-1 victory and secure a place in the final against Stoke City.

Having tasted defeat against Stoke in the round-robin league section, the Young Terrors could have been excused for doubting their chances, but again the performance level was excellent as the teams fought out a 0-0 draw. Penalties followed, and the quality of the United penalties was a joy to behold with all five stuck away to secure a 5-3 victory and the defence of the trophy!

It was a delighted Brian Grant who spoke to the club website on Friday saying, "I was proud of the effort of the lads. There were some right good teams in this tournament and one or two in particular had dominant squads. Alongside the call-ups at international level for three of our lads, it shows that this group are doing the right things and progressing well.

"I must mention the support of the Dundee United Youth Development Board and thank them. This year is the second time they have funded the trip and the value of the time away as a group is massive. It is great to know that I have a direct contact link to the Youth Development Board as it means their funds can be directed into the areas that enhance and support the Youth Academy."

If you are interested in donating to the Academy via the Dundee United Youth Development Board or want more information, please follow this link.