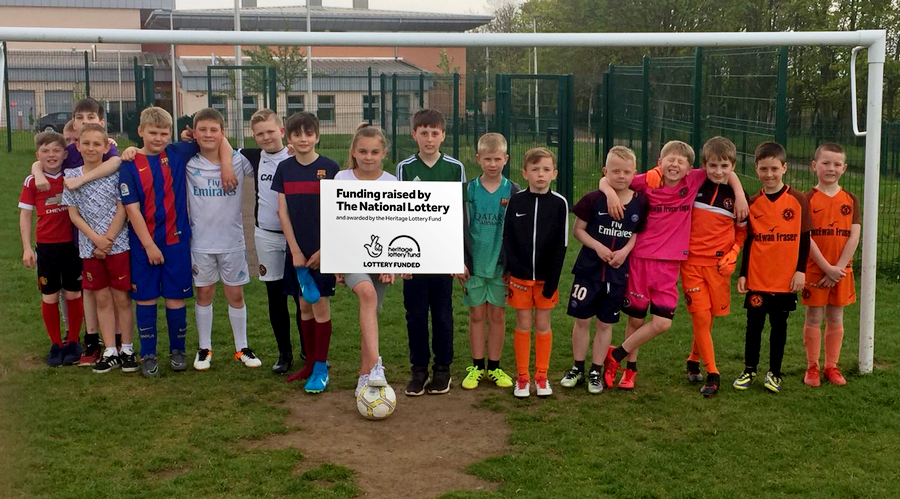 Dundee United Community Trust (DUCT) is delighted to announce to have received £9,200 from the Heritage Lottery Fund (HLF) for a project, “Shoot Back in Time”. Awarded through HLF’s First World War: Then And Now programme, the project will use football as the lens to teach primary school children about local and personal World War I Heritage.

To mark the Centenary of the First World War, the project will allow children in five primary schools in Dundee to learn about their own personal heritage relating to World War I and also to investigate what the local community would have been like at that time.  The eight-week project will explore areas of interest such as the suffragette movement and investigate what Scottish football was like at war time.

It is well reported that the Great War touched every household and Dundee is no different in this respect. We want to use the enthusiasm which many children have for football to encourage learning in heritage. The football club itself, known as Dundee Hibernian at the time, will also be able to encourage supporters to celebrate our own heritage through this project – which is very exciting.

Commenting on the award, Jamie Kirk, DUCT Head of Operations, said: “The support of the Heritage Lottery Fund is very much appreciated, and we are delighted to be delivering such an exciting project with them.  Education is a massive part of what we do here at the Trust and we are thrilled to be able to place some focus on World War I at such a relevant time.”

Lucy Casot, Head of HLF Scotland, said “The impact of the First World War was far reaching, touching every corner of the UK. Since April 2010, the Heritage Lottery Fund has awarded over £70 million to more than 1,300 projects – large and small - that are marking this global Centenary. With our small grants programme, we are enabling even more communities like those involved in "Dundee United - Shoot Back in Time" to explore the continuing legacy of this conflict and help local young people in particular to broaden their understanding of how it has shaped our modern world.”