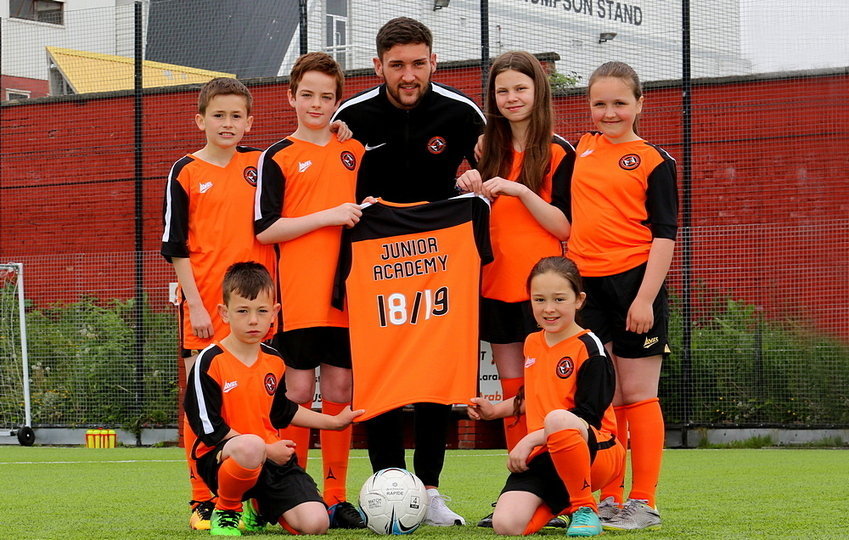 Following the recent launch of the Junior Academy in place of J League and Young Tangerines, there has been – as expected – much early interest. This interest means that we have a waiting list of new members in place already, which is growing every day!

To make sure all of our current members get the chance to be part of the Junior Academy next season, we will be running a loyalty period from Friday 29th June until 8th July – which means applications can only be accepted by our current members and those who have joined our waiting list already (by 28th June) during this period. We will then go to public sale from 9th July at which point we expect the remainder of the places to go quickly.

The new Junior Academy will be led and delivered by our new Community Coaching Manager, Paul Wilson.

Paul said, “We are all so excited to get going with the New Junior Academy and have been working hard to put in place a structured curriculum that the kids will not only love but that they can also see their skills develop along the way.

"Whether you’re new to football or want some extra training, the Junior Academy is perfect for you but make sure you book quickly as places are going fast.”

Everyone who signs up to be a member of our new Junior Academy receives weekly coaching sessions (term time),  a Dundee United Community Trust training Kit (shorts, socks and top), the chance to play on Tannadice at halftime during a Dundee United home match and the chance to be one of the mascots at a game too!

Thanks to a very generous anonymous supporter – matched by the Community Trusts’ funds, we have also received funds to give away 70 free spaces at our new Junior Academy to those in most need. These spaces will be allocated through carefully selected partners in the City – although if you are interested, it would be best to speak to the School and Family Development Worker at your child's’ school.

We have also teamed up with Dundee United to allow members of the all-new Junior Tangerines Supporters' Club (including Under 12 season ticket holders) to come along and try the new Junior Academy for free.

Junior Tangerines can book three free taster sessions of the Junior Academy by emailing enquiries@dundeeunitedct.co.uk with their season ticket seat number (or voucher from gift bag) and the date(s) they wish to attend. The taster sessions will run exclusively for Junior Tangerines on 4th and 11th of August, with the new Junior Academy officially starting on 18th August.

To book your place, download and return the Junior Academy Application Form.pdf to enquiries@dundeeunitedct.co.uk.